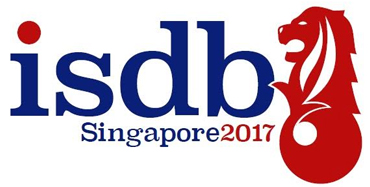 The transformation of Singapore from its former position as the administrative centre of the British Straits Settlements to a sophisticated and affluent city-state is one of the most remarkable economic and political success stories in recent history.
No less remarkable has been the expansion of scientific research in Singapore: from a very low base as recently as the 1980s, Singapore now has one of the fastest rates of growth in high impact research anywhere in the world.
A major contributor to this revolution has been the establishment of the Biopolis research campus, at the heart of which sits the Institute of Molecular and Cell Biology (IMCB). Founded in 1987 as Singapore’s first life science research institute, IMCB provided the first base for developmental biology on the island: it was at IMCB that Bill Chia and colleagues performed their pioneering analyses of the genetic control of asymmetric cell divisions of neural progenitors and where Sydney Brenner and B. Venkatesh sequenced the genome of the pufferfish Fugu, opening a window into the evolution of developmental regulatory mechanisms.

Nowadays, Singapore is a hot-spot for Developmental Biology research in south east Asia – and located as it is at the nexus of wider Asia-Pacific region, it provides the ideal venue for the 2017 ISDB Congress.
The National University of Singapore Cultural Centre (NUSCC), situated in the Education and Research district of the city-state, provides an attractive and relaxed out-of town environment for delegates with outstanding auditoria and reasonably priced modern student dorm accommodation located within 10 minutes’ walk.
Singapore is blessed with a unique culture of its own, a fusion created by people of different races, religions, cultures and languages interacting and living together in harmony over the decades. As a melting pot of different cultures, Singapore allows delegates to delve into a bevy of unique cultural experiences at the various cultural precincts as well as feast on a multitude of gastronomic delights.